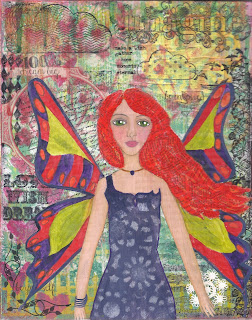 This was the final fairy in my 4-fairy series.  She is ready to fly right into your arms at my Etsy shop: https://www.etsy.com/shop/inara77
She is also available as a print or featured on fun printed items at my online shop: https://society6.com/product/red-haired-dreamer_print#1=45
She could possibly be inspired by Anne of Green Gables.  It is entirely possible...

Posted by Christina Carnoy at 11:58 PM No comments: 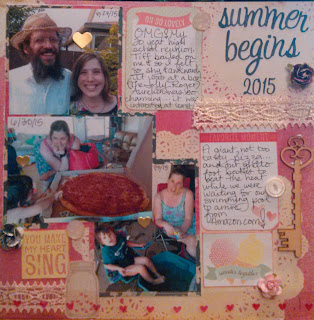 My husband and I went on a date to my 20 year high school reunion!!!!!!!  And we bought a giant pizza!  And William and I cooled off redneck style during the crazy summer heat wave we had this year!

Posted by Christina Carnoy at 11:40 PM No comments: 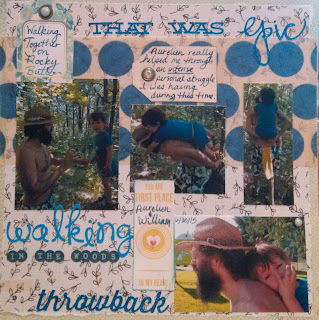 This is a very significant moment, as I had shared with my husband the night before of a situation that I had been struggling with for 8 months and was ready to just give up on and that I desperately needed his help with.  He stepped up and was my knight in shining armor.  This is the walk we took as a family the next morning to start to work on healing and strengthening our family bonds.  My hubby is awesome.  I love him so much!


Posted by Christina Carnoy at 11:43 PM No comments: 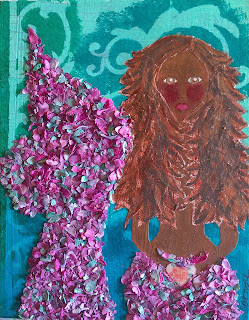 This lovely shy beauty is ready to swim right into your home!  She is available through my Etsy shop: https://www.etsy.com/shop/inara77
Prints or fun printed items featuring her are also available at my online shop: https://society6.com/product/magdalena-the-mermaid_print#1=45


Posted by Christina Carnoy at 11:54 PM No comments: 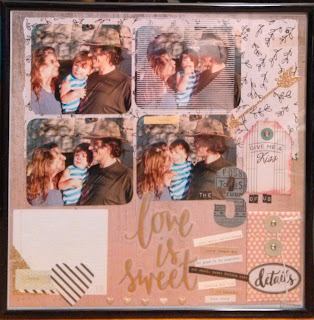 I will repeat what I have said for the past 2 years, as it was perfectly said and I can't say it any better:

"Father's Day is so bittersweet for me as I have many painful feelings associated with my biological father. Story I've been told is that I was madly in love with my daddy when I was tiny, and then he abandoned our family when I was 3.  I remember the fight over custody, and it is one of my earliest, and most terrifying, memories.  I didn't see my dad again until I was 11.  He came back for a grand total of 24 hours, making all kinds of promises to me.  We were super poor, and I wanted a bike more than anything, as my old one had been stolen.  He promised to buy me a bike.  I remember the next day at school how I felt.  So excited and overwhelmed with joy.  I ran out to my mom's car after school and she was all by her self.  I asked, "Where is dad?" She answered, "He left."  I WAS DEVASTATED.  I felt like such a fool, for trusting him so easily.A year later he came back for a visit and I refused to talk to him.  So he left again, blaming my coldness. When I was 13, he came back again.  I finally caught on that he was trying to get my mom to take him back. I was having none of that!  I went on a week long camping trip with my best friend and I cautioned my mom before I left to not fall for his schemes.  I came home and he had moved into our house.  That was a disaster. I felt so uncomfortable and pretty unsafe having him in our home.  A few months later, he punched me in the face so hard that he knocked me over, dislocating my jaw, which has resulted in lifelong pain, migraines, hearing loss, etc. I fell into a deep depression, and my older brother reached out to me.  He told me if I ever needed a place to stay, I was always welcome to stay at his house, with him, his wife, and their 2 little children.  I took him up on his offer shortly thereafter.  I moved out of my mom's house when I was 14, and went through the courts to get myself emancipated.  My mom fought it, but I won.  My brother became my custodial guardian until I turned 18.When I was 15 my dad started coming to my work to try and get me to talk to him.  At first I resisted it and wouldn't talk to him, but eventually he wore me down.  We started getting to know each other again, and spending quality time together.  I really grew to love my father during this time.  It was nice to see where some of my personality and other quirks came from.  When I was 16 my dad moved away suddenly without telling me and I couldn't get a hold of him.  He just disappeared.  I WAS DEVASTATED.  About 6 months later, I got a phone call from a woman telling me my father was in the hospital and was going to die.  Would I go and see him?  I did, and I made my peace with him before he died.  I told him that I forgave him for everything.  I read him the love chapter from the Bible, I Corinthians 13.  I sang "Amazing Grace" to him.  I wanted him to be at peace. He died the next day.  April 2, 1994.Due to all this sordid, convoluted history it has been a lifelong vow of mine that I would have babies with a man who would be a wonderful father to them.  Ever since I first met Aurelien in 1997, when I was a nanny to his cousins, I have observed his soft heart and gentle way with children.  That is one of the biggest reasons why I fell for him back then, and why I continue to fall in love with him more and more every day.  He is the daddy of my dreams for our child.  William is incredibly blessed to have such an amazing human being as his very own father.  I wish I could have had a daddy like that.  But having a daddy like that for my beloved William is a close second!!!"

Posted by Christina Carnoy at 4:28 PM No comments: 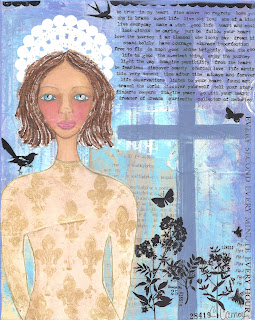 A very inspiration true historical heroine.  This painting went to a lovely home, but you can purchase prints or fun printed items at my online shop: https://society6.com/product/joan-of-arc-nmt_print#1=45


Posted by Christina Carnoy at 5:16 PM No comments: 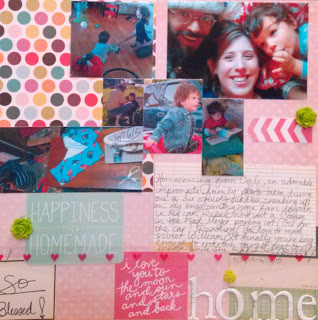 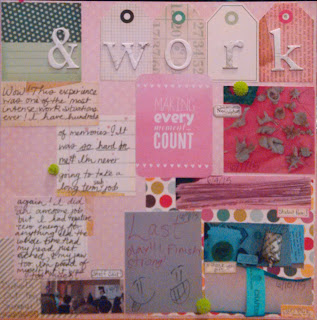 Omg this was a tough 6 weeks.  I took a full time Middle School Language Arts substitute job and it was way too tiring for me to manage.  I couldn't function.  I did an amazing, kick ass job but the rest of my life suffered way too much.  I learned my lesson.  Never again!!!  Part time happy lil sub for life!
Posted by Christina Carnoy at 11:37 PM 2 comments:

Christina Carnoy
Professional Mixed Media Artist. I started out with scrapbooking as a way to celebrate my life, successes AND failures...then I started painting! These days I'm enjoying my blessed life with my beautiful little boy, William, and his daddy, Aurelien, aka my true love. Thanks for stopping by my blog!

Grab my badge for your site 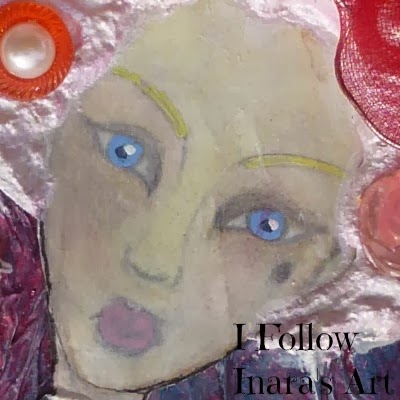 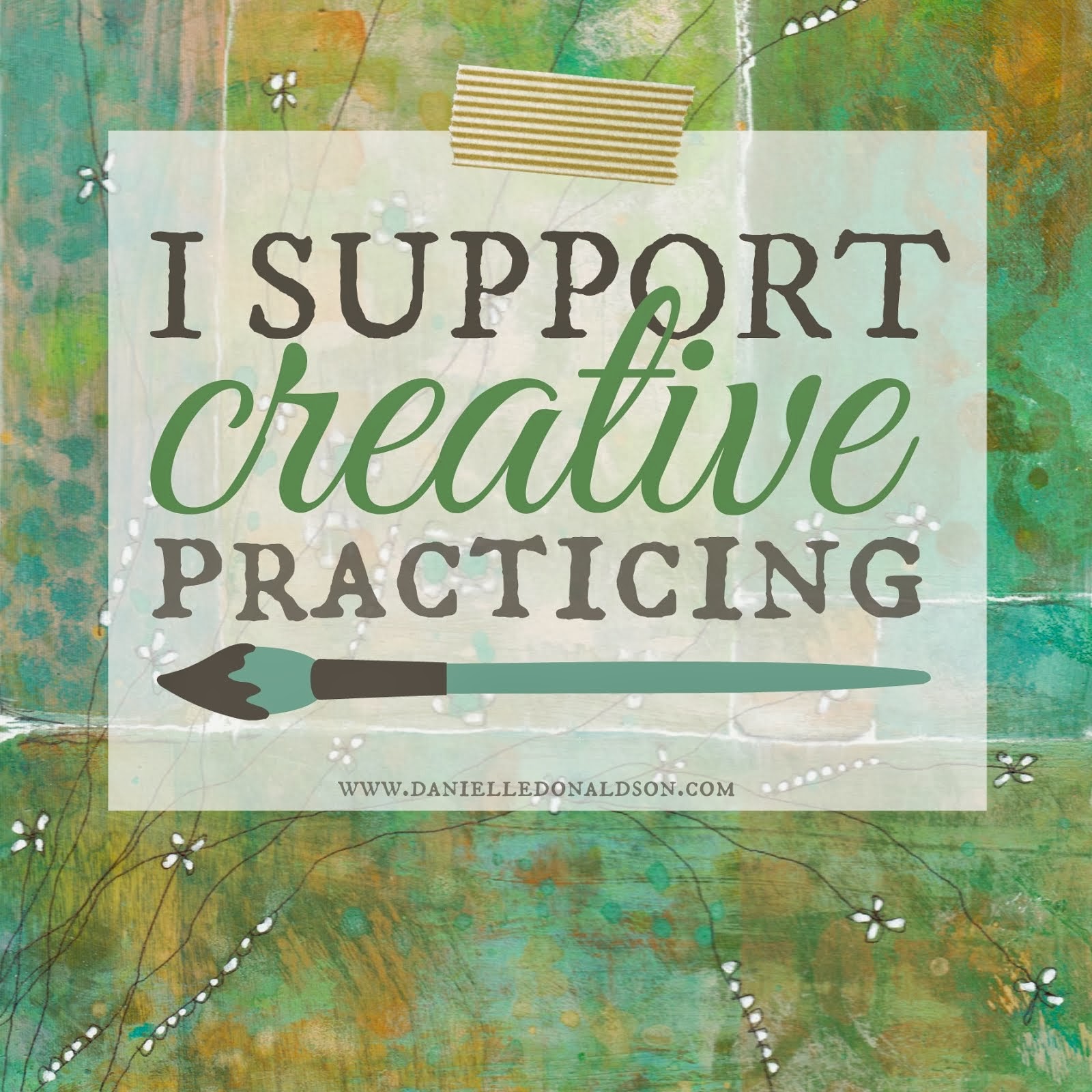 Order Prints of my Art

Original Paintings and Commissions for sale on Etsy